ProMarketing November 29, 2019
The world of video games witness at a huge improvements the last period, where the reports indicate that the market of video games will generate magnificent revenue of 152.1 Billion Dollars within a year of 2019, an increase of 9.6% from the past year. That's because of the growth of gaming devices and game improvements.

If you're planing to play the newer games like: Doom Eternal, The Outer Worlds, Apex Legends, then you must search for a device that have a specification that can easily run these games in order to have a good user experience and to enjoy yourself while playing them.
It's not just about display cards like NVIDIA GeForce RTX to have a good performance in modern video games, but also Navi cards from AMD, and Ryzen processors v3 have matched approximately with NVIDIA in the form of value and performance, which gives you a lot of options despite your budget.
Because of all these available options, now you can find the best processors and best display cards despite that you prefer Intel, or AMD, or NVIDIA.


Corsair One PC is one of the best desktop computers ever since it's appeared a few years ago, but corsair one i160 launched this year is more than you think about a gaming PC, with a new NVIDIA display card which provides exceptional performance for modern gaming, and enhancement of graphics throughout DLSS technology, which rely on AI, and v9 of Intel processors.

This device distinguishes with its new compact design, where it's very small that you can put on your desktop not under it, also you can play 4K games smoothly as well as VAR games. The only disadvantage of this device that it's price expensive, but it provides you with unrivaled high performance. 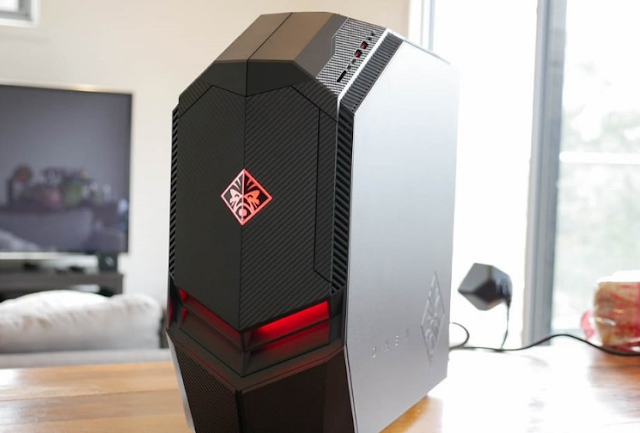 HP provides several types of a gaming PC, which suits everyone, whether you are beginner gamer who search for low budget PC, or professional gamer who have a large budget, Omen PC's differentiate with their enhanced cooling technology, and ability to upgrade which allows you to upgrade your device at any time.
Omen PC's mix between modern, classy design and stronger internal components, with the ability to run AAA games.

Lenovo legion t730 PC's characterized by their support of modern internal components, which gather both strong performance and good price, even though it's working with inter core i9 and NVIDIA new graphic cards, and yet its price is half or Corsair One i160.

The last PC on our list is MSI Trident X, is one of the first PC's that supported with Intel (K series), it is also the first desktop PC that uses SFX Power Supply, and maximize the performance to maximum possible performance especially with the presence of new NVIDIA GeForce RTX graphics card.

MSI provides a cool design and easy startup - easier than ever - to make it easier for users to upgrade, also it support customizable RGB light.